Besides Low Sperm Count What Else Is In Male Infertility 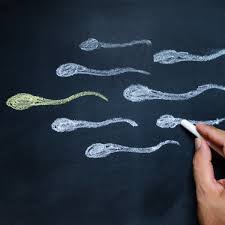 Male infertility refers to a male’s inability to cause pregnancy in a fertile female, There are many reason why this can happen besides the well known sperm count. Continue to read to learn more.

Low sperm count is just one potential cause of male infertility. In many cases, there are several factors. It’s also possible that both you and your partner have fertility issues. This means that both partners need to be tested, even if tests on the man reveal a fertility barrier.

Here’s what you need to know about your sperm and your fertility.

Male Infertility: All About the Sperm?

Ultimately, male fertility really is all about sperm. To get your partner pregnant, you must produce enough sperm to make it to the egg, have sperm that can efficiently swim, and have a sufficiently high number of healthy sperm. This doesn’t mean that a semen analysis can tell you everything you need to know about sperm health.

Internal problems can interfere with your body’s ability to ejaculate or your ability to sustain an erection, for example. And even if your reproductive endocrinologist identifies a problem with your sperm or semen, you’ll still have to determine the underlying cause. Hormonal imbalances, structural anomalies, medications, undiagnosed chronic illnesses, and a range of other conditions can impede sperm health. If your semen analysis doesn’t provide clear answers, it may be just the beginning of male infertility testing.

If you have a low sperm count — defined as 15 million or fewer sperm per milliliter of semen — your odds of getting your partner pregnant diminish. When you have fewer sperm, the odds of a healthy sperm traveling to the egg when you ejaculate are lower, though it’s still technically possible to get your partner pregnant. Optimizing your partner’s fertility, taking steps to ensure sperm reach the egg, and using special sperm-friendly lubricants may help.

Other sperm factors may also play a role. When combined with low sperm count, these issues can further reduce, or even eliminate, the chances of a successful pregnancy.

Other measures of sperm health include:

Getting Sperm to the Egg: Not as Easy as it Seems

Even if your sperm are perfectly healthy, you will not be able to get your partner pregnant if sperm cannot travel to the egg through semen.

Some common barriers include:

A semen analysis can tell you a lot about the quality of your semen. That includes:

If a semen analysis is inconclusive, or if your doctor suspects that there is a problem with the interaction between your body and your partner’s, your doctor might order additional tests.

Occasionally, doctors even have couples engage in intercourse immediately before an appointment so that the doctor can observe how the sperm behaves within the woman’s reproductive tract.