Why Is Alcohol Dangerous To Consume While Pregnant 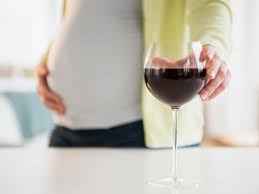 Alcohol passes through the placenta and into the baby’s bloodstream It happens that their tiny bodies are not strong enough to deal with the after effects of alcohol.  Too much exposure to alcohol can seriously affect their development and may results in miscarriage or stillbirth.

According to the Center for Disease Control (CDC), three out of four women continue to consume alcoholic beverages despite trying to get pregnant. Is an occasional glass of wine okay when you’re trying to conceive? What about more frequent alcoholic consumption?

Once you’re pregnant, you should stop drinking. The possible damage to your developing child is serious enough to abstain for nine months.

The CDC and the American Congress of Obstetrics and Gynecologists (ACOG) recommend that women should completely avoid alcoholic drinks both when trying to conceive and during pregnancy.

But is it reasonable to ask trying to conceive women to cut out drinking completely? Especially if a couple is trying for years, going totally dry is a lot to ask. It’s also important to be realistic—many women are simply ignoring these strict recommendations.

There are three issues you should consider when making this decision for yourself:

Can Drinking in the First Month Hurt Your Baby?

What if alcohol was consumed before you knew you were pregnant? Remember that once you get a positive pregnancy test result back, you’re already (at least) four weeks pregnant. The embryo, which will hopefully develop into a healthy baby, has existed for two or more weeks.

Whether alcoholic drinks consumed during this period are dangerous is a tricky question to answer.

A study of over 5,000 women looked at the association between drinking alcoholic drinks prior to and up to 15 weeks of the pregnancy. (Note that 15 weeks is way more than the first four weeks, but there doesn’t exist yet a study on drinking only during those first four weeks.)

In this group of women, 25 percent reported drinking between three and seven alcoholic drinks per week in the months before and during early pregnancy. The study found no association between alcoholic drinking prior to 15 weeks of pregnancy and low birth weight, slow intrauterine growth, preeclampsia, or preterm birth.

However, like the study mentioned above, researchers did not report on early miscarriage rates, or cognitive or behavioral issues after childbirth. We can’t really guarantee that drinking during the first month has no impact.

What’s the Possible Danger in Drinking When Pregnant?

Whether you decide to drink while trying to conceive or not, you absolutely should say no to alcoholic drinks once you get your positive pregnancy test result.

For that matter, you may want to cut out the drinks once your period is late, even if you haven’t yet received a positive pregnancy test result.

There is no known safe alcoholic consumption level during pregnancy. The possible risks to your unborn child are too great to ignore.

Drinking during pregnancy has been associated with:

There is some confusion on this topic, due to a study that found that one alcoholic drink per day did not increase the risk of preterm delivery or a low-birth-weight baby. This study was widely covered in the media, leaving many women asking whether abstaining from alcohol during pregnancy is really necessary.

The problem is that this research didn’t look at the possible cognitive and psychological impact. Even if these children were born at a healthy weight, they may struggle with lifelong learning challenges in the future.

Does Drinking When Trying to Conceive Increase Your Risk of Miscarriage?

Studies offer conflicting results as to whether drinking increases your risk of early miscarriage. Some research says there’s no increased risk, but others say, yes, drinking can lead to miscarriage, especially if the drinking exceeds three or more drinks per day.

A large study of almost 18,000 women looked at drinking habits and miscarriage risk. They found that drinking before pregnancy was not associated with an increased risk of miscarriage for women without a prior history of pregnancy loss.

Another study found that the miscarriage risk didn’t increase for women until they exceeded two drinks per day (prior to getting pregnant.)

However, research looking at alcoholic consumption in IVF patients shows a very different result. A study that included several fertility clinics in California found that women who drank one or more drinks per day—when compared to women who drank less than one drink a day—had more than twice the risk of miscarriage. This increased risk for early pregnancy loss was even higher if drinking occurred the week before IVF treatment started.

Male drinking was also found to be a problem when looking at IVF patients. Men who drank just one serving of alcohol per day, anywhere from one week to a month before treatment, saw a doubled increased risk of miscarriage. Even more shocking, drinking one week before sperm collection for the IVF treatment saw an increased miscarriage risk of 38 times.

Does Drinking Reduce Your Fertility?

Finally, you’re likely wondering if drinking will negatively impact your fertility. Again, the answers are unclear.

However, a study of approximately 29,000 Danish women found that those who drank wine tended to get pregnant sooner than women who drank no alcohol at all.

And a study of approximately 1,700 Italian women found no connection between drinking when trying to conceive and time to conception.

That said, just as it is for early miscarriage risk, all of that changes when looking at research on IVF patients. In a study of 2,908 couples, the risk of IVF failure almost tripled when women drank one serving of alcohol a month before treatment, and the risk quadrupled if the drink occurred within a week of treatment. Men who drank within a week to a month of treatment also negatively impacted the couple’s IVF success rates.6

The Bottom Line on Drinking When Trying to Conceive

We know that drinking during pregnancy can harm the unborn child. One day, research may find that a very occasional drink is harmless. However, as it stands presently, there’s not enough evidence to say any amount is absolutely safe.

But there is a difference between drinking during pregnancy and drinking before pregnancy occurs—when trying to conceive.

For those with normal fertility, it appears that an occasional drink while trying to conceive might be okay. This isn’t certain, but there’s not a lot of evidence showing it’s absolutely harmful.

The story is less optimist when looking at fertility patients going through IVF. Then, even just one drink per day, within a month of treatment, may harm the couple’s odds for success.

What should you do?

Of course, you should discuss your decision with your doctor. While the CDC and ACOG officially do not recommend drinking at all when trying to conceive, many doctors have their own opinion on the matter.

If you’re trying to decide how to approach alcohol while trying to conceive, here are some options to consider:

If you have a beer, and your cycle fails, or you have an early miscarriage, is that one drink going to haunt you? Even if the research says it’s unlikely that one beer caused the problem? Then it’s probably better to say no.

If you’re going to drink when trying to conceive, you may also want to:

When and if you drink while trying to conceive, be aware of portion sizes and the alcoholic content of your drink.

And the moment your period is late—or you get back a positive pregnancy test—just say no to any alcohol. You’ve worked too hard for that baby to take any risks.