How Is HIV Different From Aids. 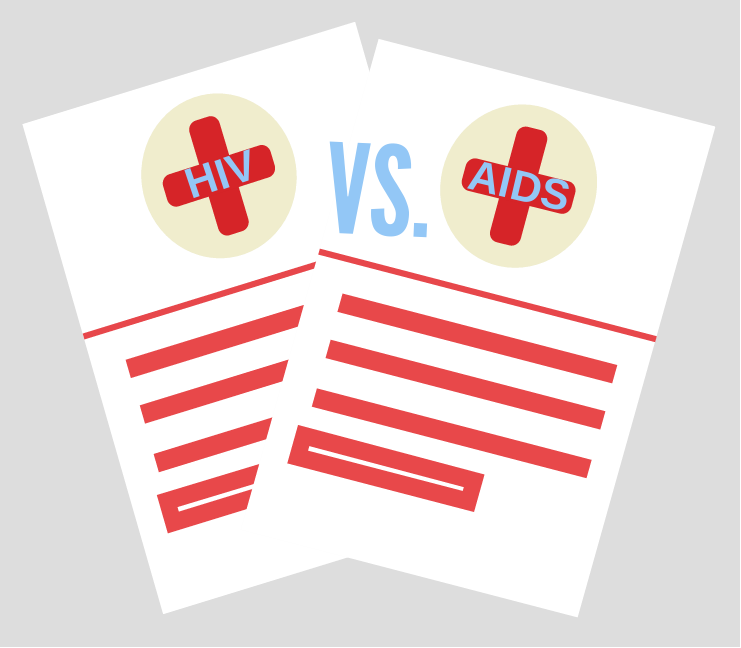 HIV and AIDS are not the same but they go hand in hand, HIV is a virus that may cause an infection and damage the immune system while AIDS is the disease caused by the damage that HIV does to your immune system

It can be easy to confuse HIV and AIDS. They are different diagnoses.HIV is a virus that can lead to a condition called AIDS, also known as stage 3 HIV.

At one time, a diagnosis of HIV or AIDS was considered a death sentence. Thanks to research and the development of new treatments, people with HIV at any stage today are living long, productive lives. An HIV-positive person who adheres to regular antiretroviral treatment can expect to live a near-normal life span.

HIV is a virus

HIV is a virus that can lead to immune system deterioration. The term “HIV” stands for human immunodeficiency virus. The name describes the virus: Only humans can contract it, and it attacks the immune system. As a result, the immune system is unable to work as effectively as it should.

Our immune systems can completely clear many viruses our bodies, but that’s not the case with HIV. Medications can control HIV very successfully by interrupting its viral life cycle, however.

AIDS is a condition

While HIV is a virus that may cause an infection, AIDS (which is short for acquired immunodeficiency syndrome) is a condition. Contracting HIV can lead to the development of AIDS.

AIDS, or stage 3 HIV, develops when HIV has caused serious damage to the immune system. It is a complex condition with symptoms that vary from person to person. Symptoms of stage 3 HIV are related to the infections a person may develop as a result of having a damaged immune system that can’t fight them as well. Known collectively as opportunistic infections, they include tuberculosis, pneumonia, and others.

Adherence to antiretroviral therapy can prevent stage 3 HIV from developing.

HIV is a virus, and AIDS is the condition the virus may cause. An HIV infection doesn’t necessarily progress to stage 3. In fact, many people with HIV live for years without developing AIDS. Thanks to advances in treatment, a person living with HIV can expect to live a near-normal life span.

While a person can have an HIV infection without having AIDS, anyone diagnosed with AIDS has already contracted HIV. Because there is no cure, the HIV infection never goes away, even if AIDS never develops.

HIV can be transmitted from person to person

Because HIV is a virus, it can be transmitted between people just like many other viruses. AIDS, on the other hand, is a condition a person acquires only after they’ve contracted HIV.

The virus is transmitted from one person to another through the exchange of bodily fluids. Most commonly, HIV is transmitted through sex without condoms or shared needles. Less so, a mother can transmit the virus to their child during pregnancy.

HIV usually causes flu-like symptoms about two to four weeks after transmission. This short period of time is called acute infection. The immune system brings the infection under control, leading to a period of latency.

The immune system can’t completely eliminate HIV, but it can control it for a long time. During this latency period, which can last for years, a person with HIV may experience no symptoms at all. Without antiretroviral therapy, however, that person may develop AIDS and as a result will experience many symptoms associated with the condition.

HIV infection can be diagnosed by a simple test

On HIV transmission, the immune system produces antibodies against the virus. A blood or saliva test can detect those antibodies to determine if the virus is present. It can take several weeks after transmission for the HIV antibody test to come back positive.

Another test looks for antigens, which are proteins produced by the virus, and antibodies. This test can detect HIV just days after infection.

Both tests are accurate and easy to administer.

AIDS is late stage HIV infection. Healthcare providers look for a few factors to determine if HIV latency has progressed to stage 3 HIV.

Because HIV destroys immune cells called CD4 cells, one way healthcare providers diagnose AIDS is to do a count of those cells. A person without HIV can have anywhere from 500 to 1,200 CD4 cells. When the cells have dropped to 200, a person with HIV is considered to have stage 3 HIV.

If HIV develops into stage 3 HIV, life expectancy drops significantly. It’s difficult to repair damage to the immune system at this point. Infections and other conditions, such as certain cancers, resulting from severe immune system impairment are common. However, with successful antiretroviral therapy and some immune system recovery, many people with stage 3 HIV live long lives.

With today’s treatments for HIV infection, people can live with HIV and never have AIDS develop. It’s also important to note that successful antiretroviral treatment and a sustained undetectable viral load greatly lowers the risk of transmitting the virus to a partner.