Ways On how you can conceive twins. 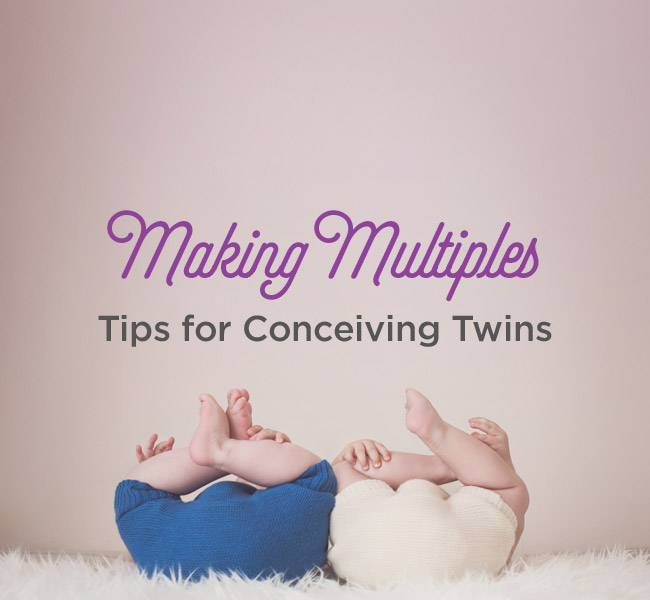 First i would like to state that i am in no way qualified to give advice about fertility or anything like that , i am sharing with you things i have read and learnt to help maximize the possibility of conceiving twins. however you still need to see your doctor.

Women today are waiting longer to start families. The use of infertility treatments has also gone up over time, raising the likelihood of multiple births. As a result, twin births are more common today than ever.

If you’re looking to conceive twins, there’s no surefire method. But there are certain genetic factors and medical treatments that might increase the possibility.

How to conceive twins with in vitro fertilization (IVF)

In vitro fertilization (IVF) is one type of assisted reproductive technology (ART). It involves using medical intervention in order to conceive. Women who use IVF may also be prescribed fertility medications before the procedure to increase their chances of getting pregnant.

For IVF, the women’s eggs and man’s sperm are removed before they are fertilized. They are then incubated together in a laboratory dish where an embryo is formed.

Through a medical procedure, doctors place the embryo in the woman’s uterus where it will hopefully implant and grow. To increase the odds that an embryo will take hold in the uterus, more than one may be put in during IVF. This raises the likelihood of having twins.

How to conceive twins with fertility drugs

Medications designed to increase fertility typically work by boosting the number of eggs produced in a woman’s ovaries. If more eggs are produced, it’s also likely that more than one can be released and fertilized. This occurs at the same time, causing fraternal twins.

Clomiphene and gonadotropins are commonly used fertility drugs that can increase your chances of having twins.

Clomiphene is a medication available only through prescription. In the United States, the brand names for the drug are Clomid and Serophene. The drug is taken by mouth, and dose will depend on a person’s individual needs. It works by stimulating the body’s hormones to cause ovulation. Studies have shown that women who use this drug for fertility treatment are more likely to have twins than those who don’t.

Gonadotropins describe a type of fertility medication given by injection. Follicle-stimulating hormone (FSH) is given by itself or combined with luteinizing hormone (LH).

The American Society for Reproductive Medicine estimates that up to 30 percent of pregnancies that occur while using gonadotropins result in twins or multiples.

Both of these drugs are generally considered safe and effective. But like any medication, there are potential risks and side effects that go along with using fertility drugs.

Does family history increase your chances of having twins?

If both you and your partner have a history of multiples in the family, your chances of conceiving twins is higher. This is especially true for women who have fraternal twins in their family. That’s because they’re more likely to have inherited the gene that makes them release more than one egg at a time.

Does your ethnicity influence if you’ll have twins?

Some research has shown that differences in ethnic background can impact your chances of having twins. For example, black and non-Hispanic white women are more likely to have twins than Hispanic women.

Chances of having twins after 30

Women who are over age 30 — especially women in their late 30s — have a greater chance of having twins. That’s because they’re more likely to release more than one egg during ovulation than younger women.

Mothers between ages 35 and 40 who already have given birth have an even higher chance of conceiving twins.

Are tall or overweight women more likely to have twins?

Fraternal twins are more common in women who are larger. This could mean taller and/or overweight. Experts aren’t sure why this is the case, but suspect it might be because these women take in more nutrients than smaller women.

Will you conceive twins if you’re taking supplements?

There have been some small studies that suggest folic acid may increase the likelihood of conceiving multiples. But there aren’t any large-scale studies to confirm that this increases your chances for multiples. If you are trying to get pregnant, taking folic acid will help protect your baby’s brain development.

Will you conceive twins if you’re breast-feeding?

Will your diet affect if you’re having multiples?

A quick internet search reveals many “home remedies” and diet suggestions for conceiving twins. A healthy diet can help you grow a baby after conception. However, eating certain foods doesn’t mean you’ll have multiples.

How common is it to have twins/multiples?

The American Society for Reproductive Medicine reports that twins happen naturally in about 1 out of every 250 pregnancies. The rate is much higher in women who get fertility treatments. According to the American Society for Reproductive Medicine, approximately 1 out of every 3 pregnancies with fertility treatments will be multiples.

Pregnancies with twins and multiples are considered higher risk than single pregnancies. If you do get pregnant with twins, you’ll likely need frequent doctor visits so you can be closely monitored.