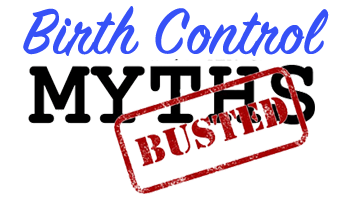 Things were said about pregnancy and birth control that are not entirely true, below are questions and answers that will help put a little light to the matter or pregnancy and BIRTH CONTROL

Can I get pregnant from pre-ejaculate?

Is it true that I won’t get pregnant while I’m on my period?

Although the odds are lower, you can still get pregnant during your period. There are a few ways it can happen: What you think is your period may actually be bleeding caused by ovulation. That’s when your ovaries release an egg. It’s also possible to ovulate during menstruation. And there’s a chance of getting pregnant if you ovulate shortly after your period. Sperm can fertilize eggs for up to 3 days. If you have sex at the end of menstruation and ovulate a few days later, you can get pregnant.

Will I get pregnant from oral sex?

You won’t get pregnant from oral sex by itself. Sperm must enter the vagina to fertilize an egg. If the man ejaculates near the vagina or puts his erect penis near your vagina, there’s a risk of pregnancy. You can also spread sperm by touching semen or pre-ejaculate and then touching the vagina. STDs are spread through oral sex, so it’s smart to use a condom.

Is there a chance I can get pregnant from swallowing semen?

No. Once you swallow semen, your body treats it as it would food. It starts to digest, and the sperm are usually killed in your stomach and intestines. But even if some survive, there’s no way they can travel through the blood to your vagina or uterus.

Does wearing clothing protect you from getting pregnant?

Yes. Staying dressed can block sperm from entering the vagina. In theory, it’s possible that sperm may make its way past your underwear. But that’s very unlikely. The more layers you have on and the thicker the fabric, the harder it is for sperm to reach the vagina.

Can I get pregnant if I’m already pregnant?

You can, although it’s super rare. Most of the time, your hormones change when you’re pregnant. You stop ovulating, so you can’t get pregnant again. But a very small number of women may ovulate once or more during pregnancy. This may result in another pregnancy, called a superfetation.

I’m breastfeeding. Does that mean I can’t get pregnant?

Your chances are lower, but you can still get pregnant while nursing. Breastfeeding raises levels of a hormone that suppresses ovulation. You’re least likely to conceive in the first 3 months of breastfeeding. But after that, you can get pregnant, even if you haven’t had a period. Talk to your doctor about what contraception is best.

Is it true that you can’t get pregnant if the woman doesn’t have an orgasm?

No. Some people think that a woman’s orgasm helps push the sperm upward. But science shows it doesn’t have any effect. You’ll get pregnant anytime sperm fertilizes an egg, whether or not there’s an orgasm involved.

Will douching after sex prevent pregnancy?

Douching, or washing your vagina with water or other fluids, doesn’t work as contraception. Sperm swim quickly. By the time you douche, many of them have already entered your uterus. In fact, douching can push more sperm upward. It may also raise your risk of vaginal infections and sexually transmitted infections.

I’ve heard that women are fertile only one day a month. So can women have sex without contraception safely during the other days?

It’s true that your ovaries usually release an egg one day a month. But you can get pregnant in the days leading up to ovulation, too. That’s because sperm can live inside a woman’s body for up to 5 days. The window for getting pregnant is around 6 days. The problem is that the day of ovulation often changes from month to month. It’s hard to predict when you’ll be fertile. You can guess by closely tracking your menstrual cycle, temperature, cervical mucus, and the look of your cervix. This is called the rhythm method. But even this form of birth control only works 76% of the time.

Does having sex standing up or with the woman on top protect against pregnancy?

Some people think that certain positions, such as standing up, keep sperm from entering the vagina. But this isn’t the case. Sperm swim quickly against gravity. Even if it seems like the ejaculate would fall out of your body, enough of the sperm could enter and can lead to pregnancy.

If we don’t have a condom, can we use plastic wrap or a balloon?

You shouldn’t try to DIY a condom. Plastic wrap, balloons, and other materials don’t work. They don’t fit and can fall off. They also break easily. Condoms are designed to stay on during sex, and they’ve been tested to make sure they work.

Can I get pregnant if it’s my first time having sex?

You can get pregnant any time you have unprotected sex while you’re ovulating. It doesn’t matter how many times you’ve had sex before.

Does taking a shower or bath, or peeing, right after sex lower your chances of getting pregnant?

No. While bathing can wash away some of the semen on the outside your vagina, it won’t affect the sperm inside it. These sperm swim quickly to the uterus. Peeing also won’t rinse the sperm away. That’s because pee doesn’t come out of your vagina. It leaves the body from your urethra, a tiny hole above your vagina.

I just started taking the birth control pill. Can I can stop using contraception?

It can take time for the hormones in the pill to work. They prevent ovulation and thickening of the mucus around the cervix, which makes it hard for sperm to enter your uterus. Experts recommend using a form of backup contraception, like condoms, for the first 7 days after you start the pill.