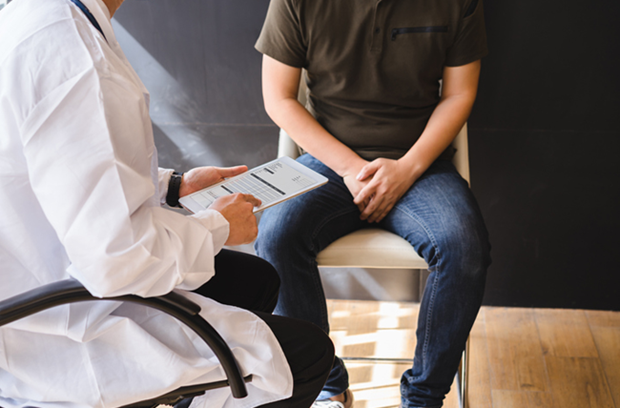 Vasectomy is a surgical procedure for male sterilization or permanent contraception the male, during this procedure the tubes that transport sperms to the vagina are tied so it prevents fertilization of an egg in case of sexual intercourse . patients find that they can resume their typical sexual behavior within a week with no or less discomfort.

For this type, the doctor makes cuts in your scrotum to reach two tubes. Each tube is called a “vas deferens,” and you have one for each testicle. Your doctor may remove a small piece of each tube and leave a short gap between the two ends.  They might sear each end, but they will tie each one off with a stitch. Your doctor may be able to do both with one cut, or they may have to make a second cut. You might get stitches that dissolve over time to help the cuts close. When each vas deferens has been cut, sperm can no longer reach your semen or leave your body.

The doctor feels for each vas deferens under your scrotum and uses a clamp to hold it in place. They’ll make a tiny hole in your skin, stretch it open, and lift each vas deferens out. They’ll cut it, then seal it with searing, stitches, or both. You won’t need stitches after the procedure.

How Effective Are Vasectomies?

It’s nearly 100% effective. In very rare cases, the tubes can rejoin. In those cases, a pregnancy could happen.

Keep in mind that sperm can still get out for a little while right after a vasectomy. Be sure to get the follow-up test that checks on that, so you know when you can stop using another method of birth control just in case.

Side Effects of a Vasectomy

The procedure is very safe. Complications aren’t common, but if they happen, they can include swelling, bruising, inflammation, and infection. These are almost never serious, but tell your doctor if you have symptoms.

The procedure won’t affect your testosterone level, erections, climaxes, sex drive, or any other part of your sex life.

Recovery After a Vasectomy

Once you’re home, take it easy:

When Can You Have Sex Again After a Vasectomy?

Give it a few days. Use birth control until you get a test that shows that your semen is free of sperm. You can get this test once you’ve had 10-20 ejaculations after the vasectomy.

If the results show there’s still sperm in your semen, the doctor will ask you to come back later to take the test again. That’s the only way to know if you’re in the clear.

Can a Vasectomy Be Reversed?

Sometimes. But reversing a vasectomy isn’t easy and doesn’t always work. Don’t get the procedure unless you’re sure you won’t want to father children in the future.

The research on this is mixed. The American Cancer Society says that some studies have suggested that men who have vasectomies may be slightly more likely than other men to get prostate cancer, but other studies haven’t found such a link.

The most current findings show that a vasectomy does not raise a man’s risk of getting prostate cancer and that this concern should not be a reason to avoid having one.

Does Vasectomy Protect Against STDs?

No. You’ll still want to use a male condom for the best protection against HIV and other sexually transmitted diseases.